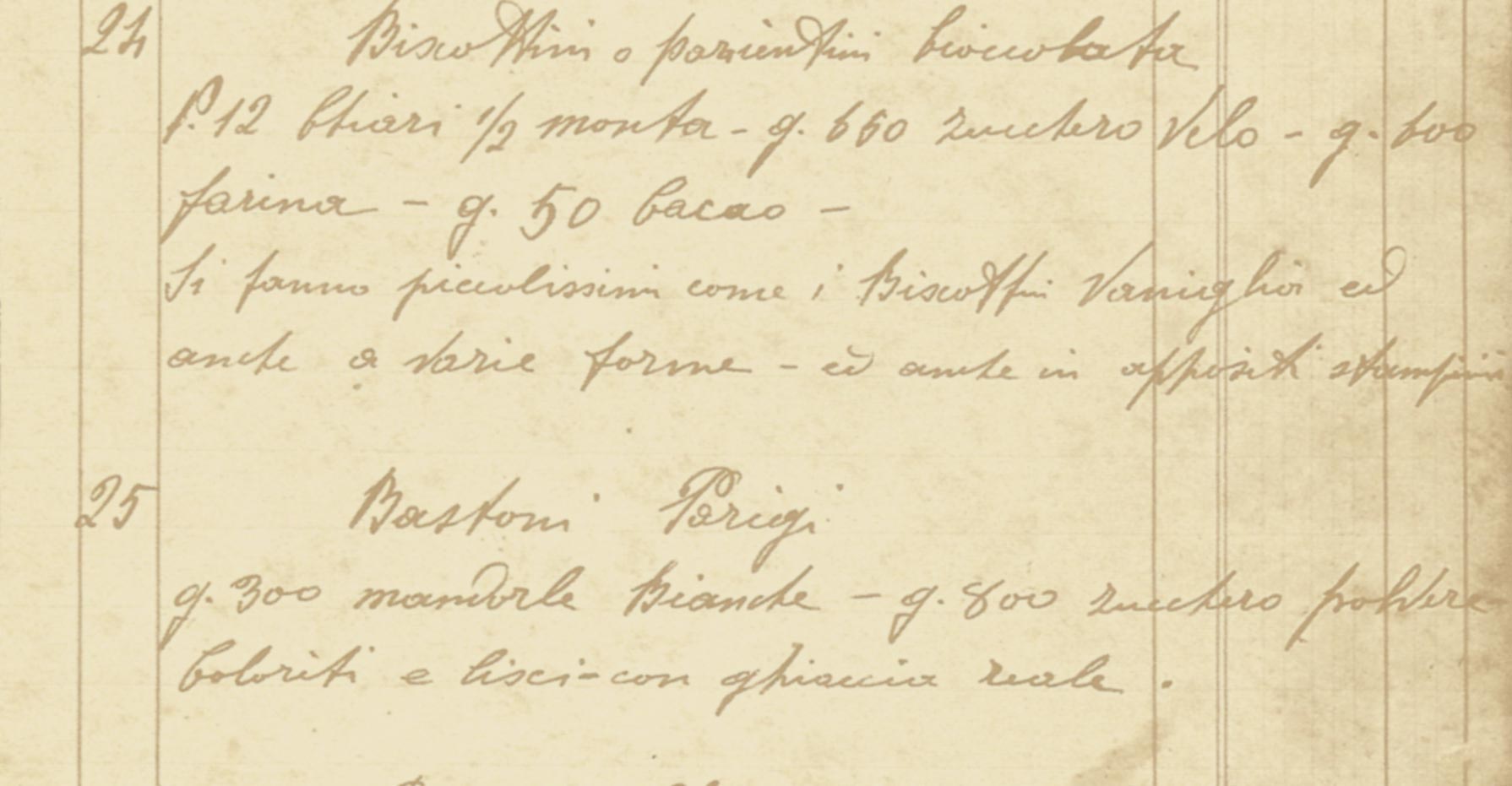 Enrico Castelnuovo at the age of 14, in 1927, is already a learning pastry maker in Lecco. He interrupts his job for five years because of the war. After coming back from prison in Germany, he marries Maria Locatelli, his colleague. On November 4th 1945, they open together an artisan cake shop in Via Mercato in Oggiono (Como).

After ten years the family, having grown in number after the birth of two children, decides to come back to Milan, which had been left only for a trial period. In Milan they open a small shop in Via Marcantonio Colonna 10 and later, encouraged by their expertise, they think of enlarging their activity opening a pastry laboratory with retail sale.

They choose ‘the Lorenteggio’, a still developing district, and in Via dei Tulipani 18, the new shop is inaugurated in the present location.
In 1977 the son Francesco decides to carry on the father’s enterprise going into business with his wife Augusta Barenghi. Since 2002 also Niccolò, Francesco Castelnuovo ’s son, has taken part to the family activity, dealing mainly with the communication and management aspects.

The Pasticceria Castelnuovo, in addition to the production of all the classic pastry, re-evaluates also the old simple recipes of the family tradition. Among the many of them, we want to mention the “Torta Enrico”, to recall the work done by the grandfather and the “Fior di Pesco” cake, in memory of the famous singer Lucio Battisti, loyal customer to whom Enrico used to repeat words reminding his famous songs and the sweetness of life.

A very big number of faithful and affectionate customers follows and supports this artisan activity in a friendly and pleasant atmosphere.
To all the customers of yesterday, today and tomorrow our heartfelt thanks for the success and satisfaction given in all these long years.